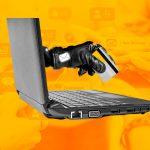 Scam attempts are a common occurrence today, but they can take forms that people do not expect. Social media scams continue to cause problems for both consumers and businesses. While companies recognize the need to use social media as a sales tool and connect with customers, the issues that accompany them may be too overwhelming for them.

Each social platform provides a unique place to interact with friends, family, and sometimes strangers. Although these platforms allow us to connect with others, they can be a threat if we are not careful. There are many scammers on these social media channels. Both individuals and companies have lost more than $ 100 billion in Internet fraud. In 2017, the Better Business Bureau reported 45,811 scams in the US, and in 2018 this number increased to 48,369 scams.

Over the years, social media scams have increased, with victims losing more than just funds. In fact, researchers at Group-IB are seeing the scam industry becoming increasingly structured and involving more and more parties divided into hierarchical groups. The number of these groups rose to a record 390, 3.5 times more than last year, when the maximum number of active groups was close to 110.

In the Asia Pacific region, according to the findings of the Group-IB Digital Risk Protection team, social networks have become the number one channel for the distribution of scams - 75.4% of all scams analyzed by Group-IB were observed on social networks. Instagram has proven to be the favorite platform for APAC scammers.

Here are some social media scams you should be aware of:

There are often posts on social media that claim to offer free gift cards to popular stores such as Starbucks, Target and Cheesecake Factory or to announce that you have won the lottery. When you click on them, you are directed to a site that asks you to enter the information to claim your winnings. The information you request may vary. They may ask for your phone number to secretly charge you data charges. A “lottery” post may require your bank information to transfer money, which they may steal from you.

“What kind of STAR WARS character are you?” Find out with our test! All your friends took it! ” Hmm, it sounds interesting, so enter the information and phone number according to the instructions. After a few minutes, a text appears. Looks like you’re more of a Yoda than a Darth Vader. Well, that’s interesting, but not as much as next month’s mobile bill. Also, you just unsubscribed from a dubious service that charges $ 9.95 each month. As it turns out, that “free and fun service” is none. Watch out for these bait and switch games. They tend to thrive on social media.

Posting the scam on social networks targets “groups” to make an easy move and big money appeared first on.