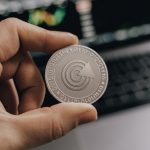 During the American Revolution, patriots fought for a world in which there was a separation of church and state. It changes the world forever. We are now in the midst of an economic revolution based on the separation of money and the state. Better yet, crypto technology also makes it easier to separate money and banks. We call this the DeFi revolution.

Phantom (FTM) is a blockchain designed to facilitate “leaderless” organizations, such as DeFi platforms. The Phantom Token (FTM) uses smart contracts written in Solidity, the coding language based on Ethereum. In addition, it is cross-compatible with the Ethereum network. Fantom developers can connect their smart contracts to Ethereum while enjoying Fantom’s high performance.

The Avalanche Blockchain (AVAX) also uses smart contracts to support a variety of DeFi projects. The AVAX token is used to pay transaction processing fees and to secure the Avalanche network. Launched in 2020, Avalanche is fast, versatile, secure, affordable and affordable. Avalanche supports both decentralized applications (dapps) and standalone blockchains.

Gnox is a “pay-as-you-go agriculture” platform. Some of the proceeds from GNOX tokens go to a treasury. Then, a team of professional DeFi analysts invests those assets in a diversified basket of low-risk DeFi assets. These include staking platforms, liquidity pools, lending platforms and even asset-backed NFTs. All profits are then divided proportionally between all GNOX token holders.

Gnox is currently in pre-sale ICO mode which ends on July 12th. The platform will be officially launched on July 18.